Investigators with the federal department of transportation began examination yesterday (Tuesday) of a single-engine seaplane that crashed at Briton Bay on Rideau Lake near Portland, Monday afternoon. 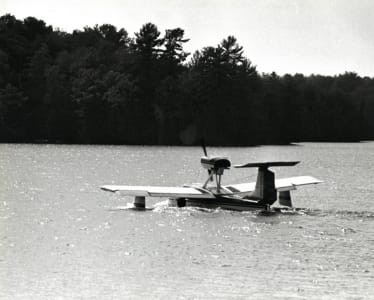 The accident sent three persons to Ottawa hospitals, including a two-year-old boy, his father and the plane’s pilot. Toby Bossert-Smith is in the Children’s Hospital of Eastern Ontario with undetermined head injuries. His father, John Bossert, 58, was treated at Ottawa General Hospital before being released. Both are Ottawa residents who were staying at their summer cot¬tage for the Labour Day weekend.

The pilot of the two-seater craft, Jerold Disher of Hamilton, is in Ottawa General suffering from facial injuries. A nearby cottager, John Hitsman, saw the plane attempt takeoff in a northwest direction at 3 p.m., seconds before the crash. 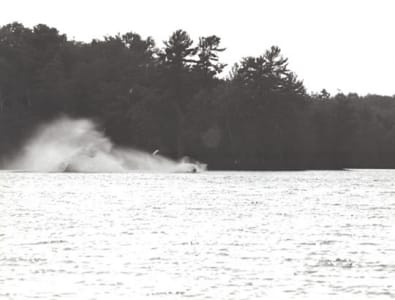 “He tried to lift it out of the water and it started to porpoise,” Mr. Hitsman recalled. “It lifted out once, then hit, came out again and bounced down on its nose and flipped over.”

Mr. Hitsman and other cottagers in the area raced to the overturned plarte in their boats. Ian Massie was first on the scene-and recovered the child from Mr. Bossert, who submerged again and dragged the unconscious pilot out of the cabin and onto the wing.

The child was rushed by cottager Jerry Smith to the Waterside Restaurant, followed shortly by Mr. Hitsman with Mr. Bossert and Mr. Disher.